By Ciara Walsh5 October 2022No Comments

Moira raised the funds in memory of her husband, Robert, through an online memorial page.

The End of Life Care Team (also known as the Palliative Care Team) at Airedale NHS Foundation Trust provides care for people who are in the last months, weeks, or days of their life.

“During the last week of Robert’s care at Airedale Hospital, I realised the stress and discomfort that I was experiencing whilst at Robert’s side would be the same for all other relatives and visitors that stay with their loved ones until the end. It was not until I was offered a resting recliner chair, that things became a lot easier for both Robert and me. It made such a difference to us; it ensured that the time that I spent with Robert was quality time.

“It occurred to me that there were only 2 of these chairs available for relatives to use. I thought it would be great if we could raise enough funds in memory of Robert to be able to purchase another recliner chair-bed for the hospital to use.

“I hope that the chair will help other families in a similar situation to treasure every moment with their loved one.”

“We’re all really grateful to Moira and her relatives for providing funding for a recliner chair. The chair can be positioned as an armchair or can be reclined back to lie flat to sleep or rest on.

“The chair will make a huge difference as it will allow loved ones to be there with their family in a comfortable environment. It gives people the chance to stay with their relatives for longer and to sleep in the room with them.”

Image 2: L-R Joanne and Kim from End of Life Care Team, Moira, and Linda with the recliner chair 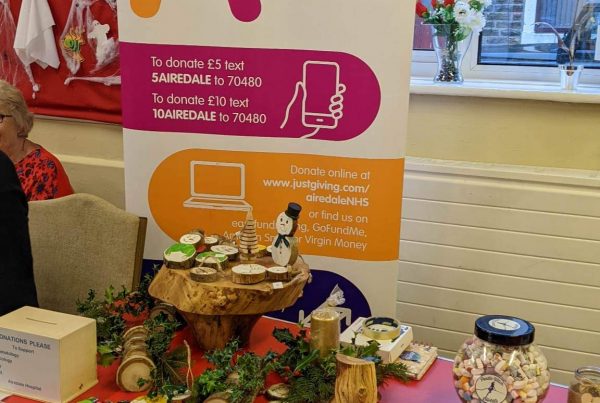 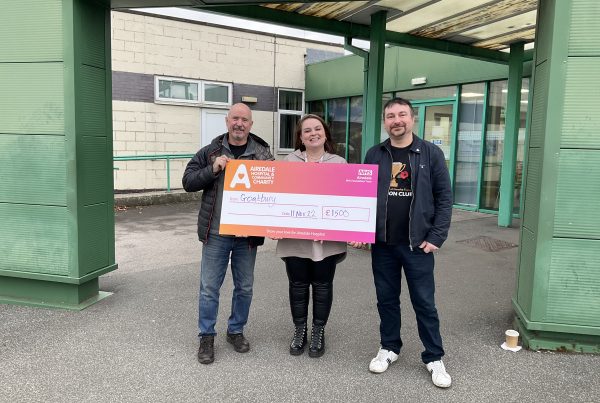 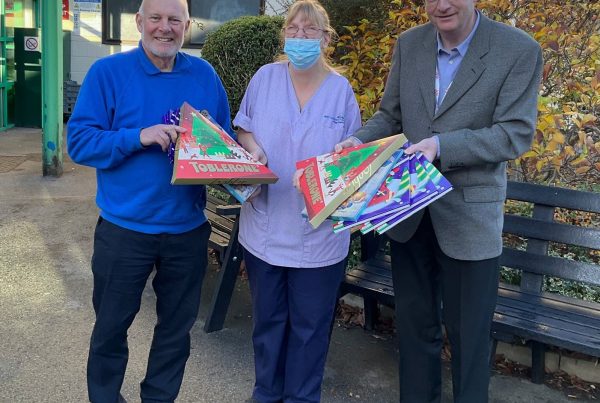